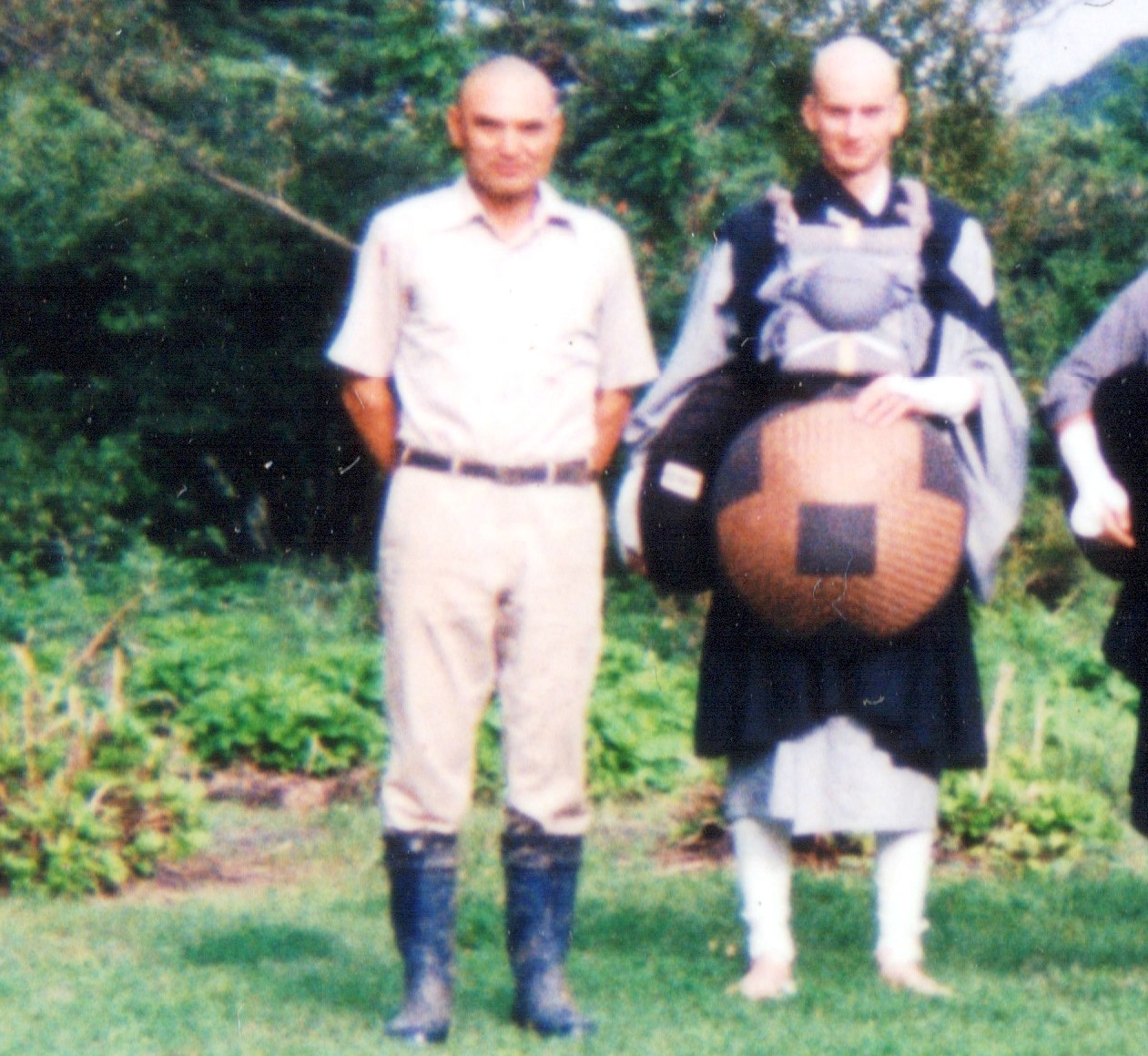 Was Miyaura’s transition into the abbacy smooth?

Muho: I don’t think that for the first five years there was any criticism from Watanabe. Maybe at the beginning there was this thing that happened – it was before I came to Antaiji, so maybe the first or second year. When the abbacy changed, Miyaura got married soon after. There was no issue with that because both Uchiyama and Watanabe married after they became abbot.

Uchiyama’s wife never lived at Antaiji, she lived nearby. Watanabe, at the beginning, was trying to do the same. He married this very young, beautiful woman. But he left her in Kyoto and she was working in Osaka. Then, after three years, he built that house and invited her to come here. But, for three years, he had been thinking about that step and whether a woman should be here in the first place. With the Italians, although they came with their girlfriends, they were sent back after two years. So it was like the opposite for them.

With Miyaura, his wife was here right from the start. I don’t know how it was in the beginning but it seems that two of the students that had come towards the end of Watanabe’s abbacy and stayed with Miyaura had the feeling that the wife was giving them orders. She was too much involved in the kitchen. Tenzo work is the work of a Zen monk, so why should the wife appear in the kitchen? I don’t know what she was doing exactly but one of his students told something to Watanabe and Watanabe got angry at Miyaura. He said, keep the wife out of Antaiji, she can live there but has no business with the practice.

After that, she just came for team meetings. She had her own little vegetable garden and would sometimes bring stuff to the kitchen. It seems that there was this conflict about the role of his wife but after that, there was nothing. Watanabe was living in Italy and maybe visited Antaiji a few times.

Edward: These two that came from Watanabe’s time, how long did they stay for?

Muho: For seven years or so.

Edward: Were they often speaking to Watanabe?

Muho: I don’t know. I later started to exchange letters with Watanabe. He would usually write a lot of stuff. I heard people used to do the same with Uchiyama.

I would assume that the people who originally ordained with Watanabe had that kind of exchange. They would talk about themselves but also what was happening at Antaiji. So Watanabe could extract stuff and form an opinion of Miyaura that was maybe not so favourable. What kind of state must Antaiji be if I get letters like this?

Edward: These two guys, were they confrontational?

Muho: One of them had quite a mind of his own. Age-wise, he was not so far from Miyaura. Miyaura didn’t really see him as an equal but he was avoiding confrontation there. Quite often he just let him have his way.

Edward: How long was he with Watanabe before?

Muho: Maybe three years or so.

Edward: When you first came here, how long had Miyaura been abbot for?

Edward: Was it these two guys who suggested you go see Watanabe in Italy?

Muho: Yes. Especially the older. But the other one was pretty loyal to Watanabe as well. Like you would be talking about the abbot but then in the middle of the conversation you would have to ask if it was the present abbot or the former abbot. Sometimes it turned out they were talking about Watanabe. They still called him “abbot”.

Edward: How long had the other one been with Watanabe?

Muho: Basically the same as the first, maybe a little bit shorter. They were ordained on the same day, either 1986 or 1987. I’m not sure.

Edward: They must have made Miyaura feel insecure.

Muho: Yeah, that is possible.

Edward: Was it just three at beginning, those two and Miyaura?

Muho: There was also another guy who came at the time the abbacy changed.

Edward: Before you came, had many people been and gone?

Muho: Antaiji had been on TV once and there were probably 10 young Japanese that came who had seen that program but they soon left. There was only one that stayed who got dharma transmission from Miyaura. At the time, when there was 12 people, things seemed like they were going well.