Dosen reads and explains the first part of the “Chiji-shingi”, January 29th 2017

Dosen first reads the original in Japanese, then (in the third video) the English translation, afterwards he gives a talk in Japanese:

The Japanese original can be found here:
https://antaiji.org/archives/jap/ten.shtml

Next, Murilo reads the English translation by Leigthon/Okumura:

At the beginning of the next video, Murilo quotes from the “Adult practice” articles:

Three and a half years ago, when I became the abbot of Antaiji, I had to attend a two-day seminary at the Soto headquarters in Tokyo (which by the way also functions as “Grand Hotel Tokyo”), where they taught you all you need to know to be a full-fledged Buddhist priest. One of the lectures was about “the attitude that a resident priest should have”. Hearing this lecture, first I was surprised to learn that a resident priest gains an income from living in the temple. As both the priest and his whole family live for free in the temple precincts, I wouldn’t be so surprised to hear that he is paying to live in the temple – but why should he be paid? As far as I know, none of the abbots at Antaiji ever received an income for being the abbots of Antaiji. The lecturer proceded to proclaim that he received “only 350.000 Yen” (about 3000 dollars) of income from the temple each month, but as he had no children and also worked part time at Komazawa University, spending the rest of his time growing vegetables at his temple, he “gets along all right”. What the hell is he using 350.000 Yen per month for […]

View from the window and walk around the hall, January 25th 2017

Today, Ochi spoke about the famous episode when Dogen met a Chinese cook on the ship, after arriving in China. First Ochi treads the original, then Fernanda reads the English text (second and sixth video), after that Ochi explains in Japanese:

Explanation of the vows can be found here:https://en.wikipedia.org/wiki/Bodhisattva_vow#East_Asia

Pictures from six years ago 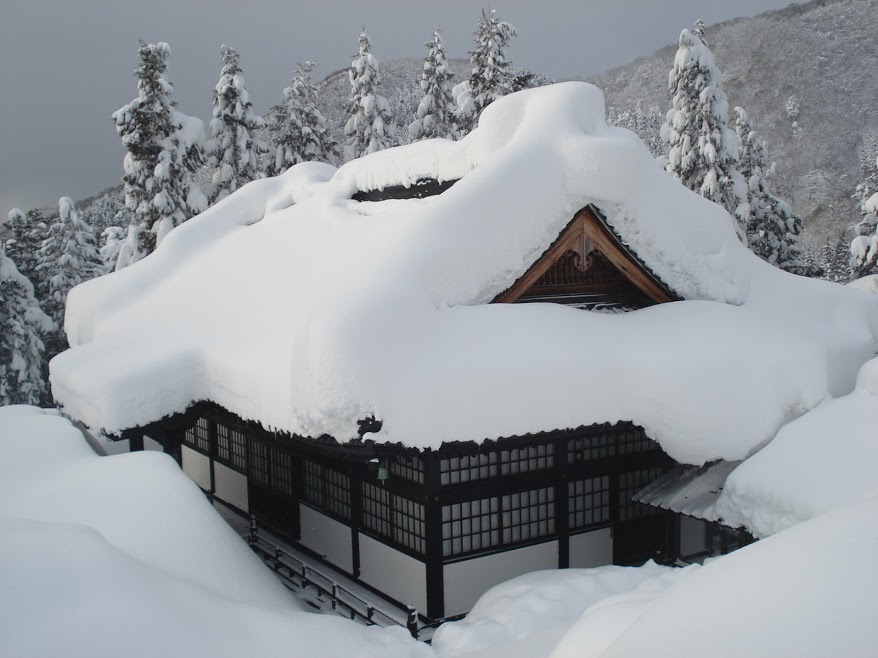 There are two alternative translations on the Internet:
Instructions for the Cook (Stanford translation)
INSTRUCTIONS FOR THE TENZO (translated by Anzan Hoshin & Yasuda Joshu)

Here is Yushin explaining the text in Japanese: