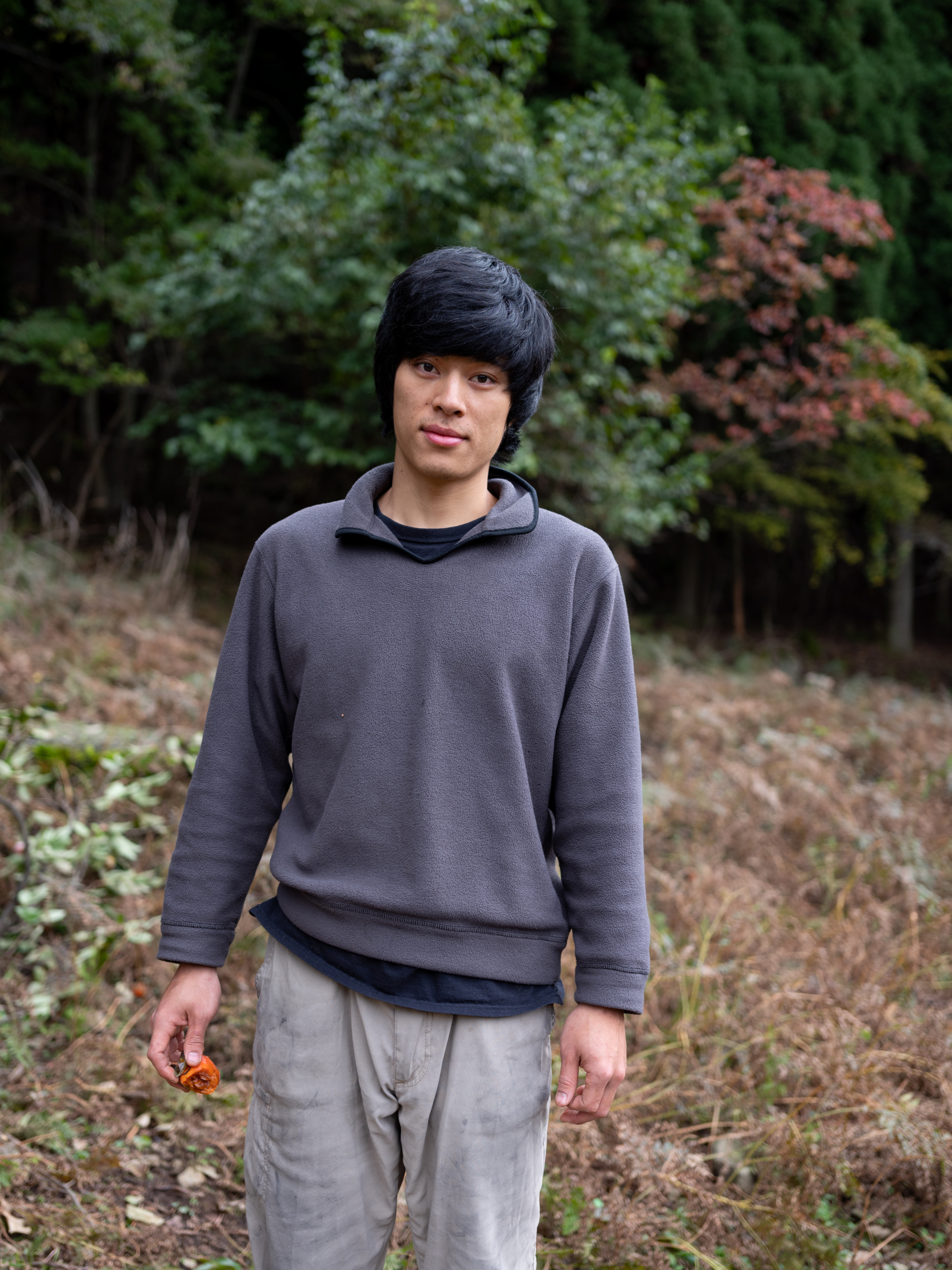 Just so everyone reading this has a better idea of who I am, let me start off with some basics. I am a 26 year old male with Japanese parents, born and raised in the Silicon Valley in California, USA. It has been 2 and a half months since I first arrived at Antaiji in the middle of September. At that time I was excited, yet anxious and more than a little scared of having to sit so much zazen. Prior to making my journey over from California, I had been asked by my family and friends why I had chosen to go to a Zen temple in the mountains of Japan. Although I could come up with many relevant reasons, I never could find a satisfactory answer and could only honestly say that I didn’t really know. Somehow I just felt pushed or pulled to do so.

Now, with the winter break quickly approaching, I am being asked if I will be coming back to Antaiji, after a few weeks back home, to stay for a minimum of 3 years. I also find myself faced with the week long Rohatsu sesshin starting tomorrow. The difficulties I have with sitting zazen, from pain throughout my body to countless thoughts running through my mind, definitely have not subsided. Maybe they have become a bit more manageable but it’s still hard to say at this point. I still don’t feel like I know what I’m doing here, and can’t definitively say what I will be doing in the future. All that has changed is that maybe I feel less of a need to find an answer to these questions. It’s partly because I am constantly doing something and rarely have much time to ruminate about my life. It probably also has to do with the amount of zazen I’ve been doing, because although I constantly find myself thinking about random things, the more I sit the more I am forced to pay attention to the present moment, namely my aching knees.

Instead of explaining why I’m here, maybe I can paint a better picture of my situation by explaining what I was doing before I came here and how I became interested in Zen practice and practicing at Antaiji in in the first place. After graduating college, I was becoming increasingly unsure about the path I had chosen to follow until then. I had aspirations of becoming a medical surgeon since I was in middle school, and carried that with me throughout college. However, while I was preparing to apply for medical school, I started to have doubts about this career choice. Up to this point I had been following my desire to help others in a tangible way, but I began to question wether focusing on extending the peoples’ life spans is really such an important thing in the grand scheme of things. While working two jobs, one as an emergency medical technician transporting patients on an ambulance, and the other as a server and cook at a Japanese ramen restaurant, I became increasingly interested in food and nutrition as a way to promote living a healthier life, instead of trying to treat people after they have already become sick. After a couple of years at the restaurant, I gained an interest in sustainable/regenerative agriculture and especially permaculture as a way to produce high quality food ingredients while also living in harmony with our natural environment. After quitting both my jobs, I took a trip to Japan to visit my then girlfriend and together we attended a permaculture course and also WWOOFed for a brief time. In this way I was jumping from one thing to another, trying to find something that felt meaningful enough for me to commit my life to it.

It was near the end of February when I returned to California, and COVID-19 was becoming a serious issue around the world. While staying at my parents’ house, I spent my time planting and growing vegetables and edible perennials around the house, and enjoyed hiking and doing yoga with my parents almost daily. It was a great opportunity for me to connect with my parents after living apart from them for some time, and I also challenged myself to reduce/quit smoking, drinking, using the internet, and other things that could be considered distractions in my life. With lots of free time on my hands, I began cooking a majority of the meals for my family, and eventually took up an interest in meditation. Although I had been interested in meditation for a few years, I had never really dedicated myself to sit for more than a few times a month. However, after staying at home with nothing to do for a few months, I started to wake up very early in the morning with anxious thoughts about what to do with my life. The more I thought about anything, the more I realized the futility of trying to completely figure things out with the intellect. Nevertheless my inability to find answers to the most important questions of my life only led to more questions, and I found myself stuck in my thoughts and unable to act. The one thing I found to be effective in breaking me out of my spiraling thoughts was meditation, and I began trying to sit at least an hour every day.

Looking back it seems quite reasonable that I ended up at Antaiji, considering my interests in sustainable living, agriculture, and meditation. I had also been influenced by reading the Tao Te Ching, a well-known Taoist text, which expresses many themes that seem to have influenced Zen Buddhism in many ways as it made its’ way through China. Statements made by previous abbots of Antaiji on the internet about a practice for nothing somehow resonated with me, and I eventually found myself on a plane to Japan. At the time I was honestly bewildered by my own actions, but now it seems to fit.

When I am asked if I have learned anything during my time here, I could say yes and I could also in a different way say no. There are practical things that I have learned such as how to grow and store vegetables, how to maintain and fix machines and building, and how to use wood as an energy source. But I also feel that I am becoming a bit less reliant on conceptual ideas and concrete explanations to make decisions, and this may be considered to be unlearning. Its difficult to tell if this change is circumstantial or something more permanent, and I am interested to see how I feel after spending some time back at my parents’ house.

As of now I have already purchased a ticket to return to Antaiji in January, but only time will tell if I follow through with this plan. All I know is that right now I am writing this yearbook report, and actually I think I’m finished.