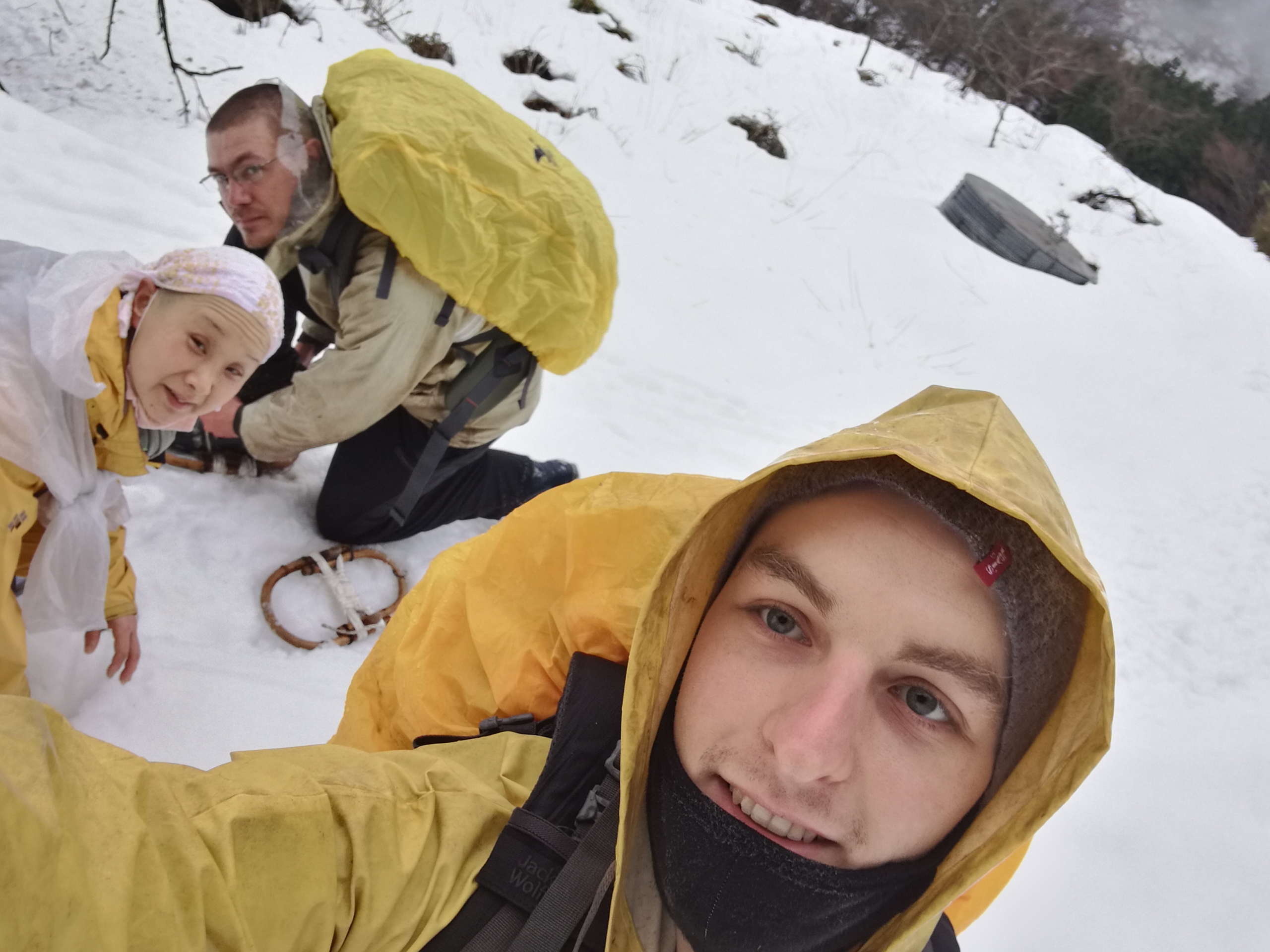 More than 4 years have already passed since I first arrived in Antaiji. In August 2017, I arrived with 7 other Zen enthusiasts from all over the world. One Japanese was amongst us as well. Already next spring more than half of them were gone again, then it took another year until I was the last one standing from this group. Now after another two years, there will be no more memory left of anyone who arrived in 2017. In January next year, I will go to Toshoji (洞松寺) in Okayama-ken. A decision which I made already over a year ago, but due to various occurrences throughout this year, it got delayed several times. I couldn’t be more grateful for those happenings. The whole time in Antaiji, but especially the last year did an important polish to this awkward rock Myogen.

In the first year, Antaiji had a fresh and interesting touch to it, I felt greatly motivated, finally being in Antaiji, finally having found a place to practice seriously, to be able to do long hours of zazen, to get my hands dirty in the fields, to be so tired from the days work that there was never any “lying awake not being able to sleep”. Everything during the first year happens for the first time, Antaiji being moved and directed by the seasons, the feeling of repetition only really starts to occur during the second year. But I am not saying the first year was not hard, but as a newcomer no one expects you to take responsibility for difficult tasks, you rather flow along than guide the flow. Of course, there is the schedule you have to adapt to, waking up every morning at 3:45 am, there is the problem of the Japanese language, but I was also confronted with a lot of bad habits I have been carrying out my whole life but never noticed – the one I was most resistant to change was definitely cleaning/soji and tidying up my workplace properly after finishing work.

The second-year was already much different. People how looked super motivated to be in Antaiji the first year, slowly start to break. It happened to me, it happens to everyone. But only the ones who are there to lose will continue. My body had slowly adapted to the schedule, the early waking ups, Samu/work was not as exhausting anymore, zazen was still painful, but it at least doesn’t feel like your bones are breaking anymore. What has been difficult in the first year is not as much anymore, that year was characterized more by the mind and its complaints. Still cleaning the toilets every day … boring; rice planting with bare feet in the mud with rain … cold  … I might get sick … how stupid; fixed the chainsaw, after half an hour of use, it has the same problem again … trying to fix it once again … taking hours not knowing where the problem is … frustration. There were thousands of ways, the mind came up with excuses to leave Antaiji, why there would be better places to go. While the burden felt to have increased drastically, on top of that people start to expect you to take certain responsibilities, to know how things are done, and to do them properly – it’s already your second time after all.

But it was only after arriving in the 3rd year that I realized the two first ones were paradise. This year stuff got serious. To be honest, I have been close to leaving more often in this year than in all the years before combined – on top of the never seemingly ending repetition, I had to take care of the Sangha. At this point, you will be likely the most senior practitioner in Antaiji after Dojo-san. For me, that was already the case during the second year, since everyone left before summer 2019. What changed in the 3rd year was the pressure, the expectancies of Dojo-san. In 2019 she was mainly taking care of Samu, planning, organizing, I was still mostly flowing along. In 2020, my third year all of a sudden I had to take care of Samu, make plans, organize, manage people, etc. I remember to have been very resistant, fighting back her suggestions, getting angry about the criticism she gave, and in revenge letting that anger out on my kohais, when I felt they didn’t do things properly. The 3rd year is the year you will meet the devil inside of you. I saw faces of me, which I wouldn’t believe existed in me. My whole life I believed to be a calm and peaceful person. Oh! How wrong I was. Mood changes from wanting to cry when being criticized in front of the whole Sangha, thinking “Oh please don’t do this to me again”; to feeling like fighting, like nothing she’s saying is right, thinking to shout “You always know things better, but you can’t even do one thing right yourself!!!” It sounds very hard, it was very hard, but I’m so grateful to have gotten this opportunity to face the devil inside of me. I often think I was very lucky to have met someone who had the strength to stand upright while teaching the Way and not being thrown over by my bad behavior.

As one might expect, the fourth year was not so different from the ones before. Although a few things changed. I was not responsible for managing Samu in the first monk position every day anymore. Upon hearing that news I felt relieved – ignorantly thinking things would become easier now. I had to realize quickly how wrong I was. Neither criticism vanished in this year, nor hardships and problems did magically evaporate. Not being in the Samu leader position anymore definitely brought change, but now this year other things started to be difficult. At the beginning of April, I got sick for several weeks, after one and a half weeks of constant fever I started to get worried, asking Dojo-san to take me to the hospital. We went and due to the worldwide pandemic, the first thing they checked was if I was Covid-19 positive. Results came back negative. But apart from that, they weren’t able to pinpoint the disease I had. After three weeks the fever finally vanished and I returned to the normal schedule. Being sick for such an unusually long time, with periods of very high fever really forces you into dark corners of your mind. In this year I started to realize slowly that the teacher is not necessarily a person, but the hardship you go through in life. As a beginner, I always thought of the teacher as someone very calm, always at peace, who effortlessly makes me walk along the Way. No! In 2021 the idea of a teacher lost more and more the shape of a human, the hardships of life, day by day, that’s the true teacher. Yes certainly, very often in practice hardship is actually created by the human teacher you live with, but the essential part of the teaching lies right there where you resist and avoid this moment, the truth.
With this year passing, I slowly started to notice how my behavior which I was carrying out for years had changed in certain situations. In Zen, there is this image of the Ume flowers blooming. The flowers of the Japanese Ume tree are one of the first ones to bloom after winter, in Antaiji that often happens before the last snow has melted. After a period of hardship represented by the freezing temperatures of winter, something beautiful arises within the mountains of snow. A flower, life begins to form after everything has been dead. When I think of 2021 then I notice that there is a flower starting to bloom inside of me. Hardship hasn’t stopped this year, but somehow I do react in a slightly different way to hardship. There is a certain joy inside everyday life that hasn’t been there when I first arrived four years ago. There is a certain lightness in every moment, there is a distance forming between whom I thought to be my whole life and it, the thing I am discovering to be more me than anything I ever imagined. Life is lifting its heavyweight of my chest and I am slowly able to breathe again. In deep gratitude I bow to the teacher who has been guiding me my whole life up to this point, to Antaiji the place which showed me the direction home, to Muho and Eko, the teachers who have been great role models, they showed me what it means to walk the path as a human, and of course, the Sangha, which has been there supporting practice day by day.